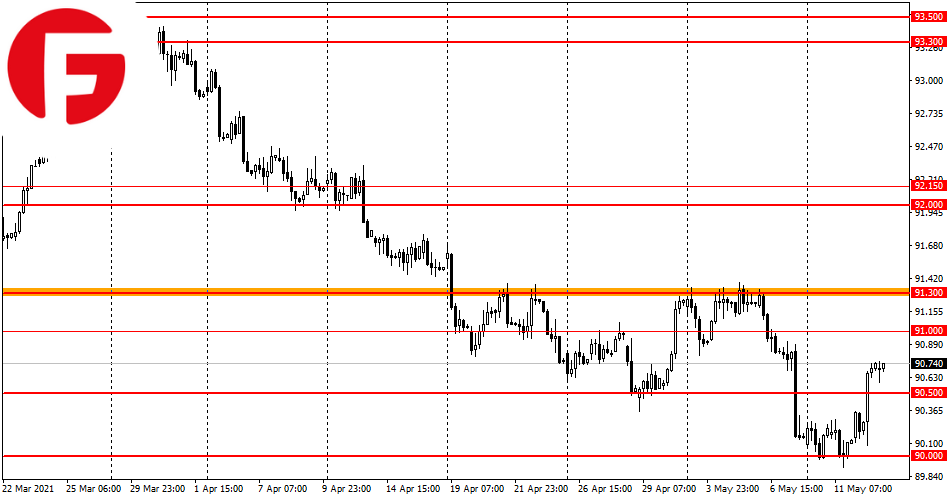 There are more and more claims that aggressive stimulus of the US economy may end up overheating, thereby increasing the likelihood of a Fed rate hike. Let me remind you of 2008-2009, when the stock market reached its peak and the financial crisis began due to the overheating of the real estate market. A moderate correction in the main US stock indices contributes to the strengthening of the US dollar. This trend may last for some time. But only a real confirmation of the Fed's readiness to tighten monetary policy conditions by raising rates will lead to the development of a more powerful wave of USDX growth in the medium term.

The nearest mile technical resistance level is 91.30. The return of quotations under 90.50 will indicate the weakness of buyers, increasing the likelihood of the next wave of decline. The pair's quotes came close to the technical support level of 1.2050, near which the lower border of the ascending channel passes. A break of the marked level opens the way to 1.2000 and further to 1.1950. Let me remind you that in order to implement a bearish scenario, a general strengthening of the US dollar is necessary – at the moment, this scenario looks realistic.

Europe is off today, so an increase in trading volatility may occur only at the opening of the US trading session and the publication of the report on changes in the number of initial and repeated applications for unemployment benefits in the USA. 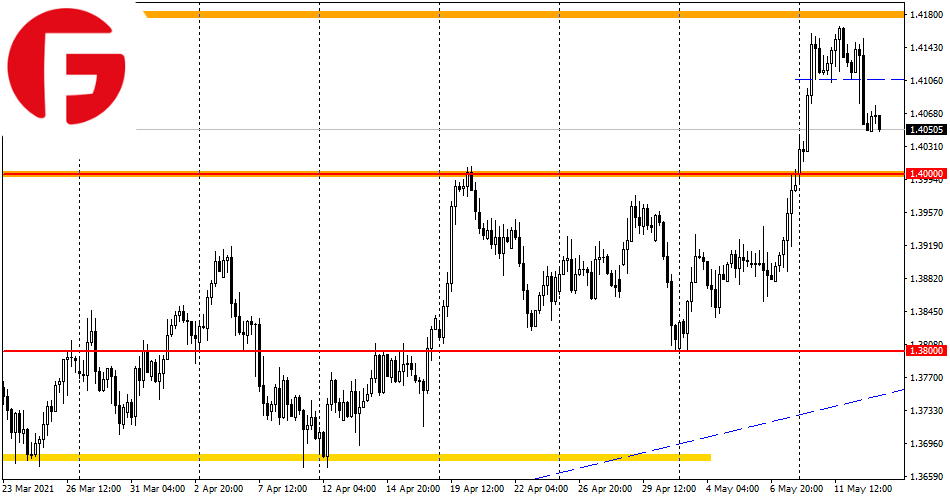 The breakout of the 1.4160 support triggered a fairly strong wave of decline, while the target at 1.4000 has not yet been reached. It remains in priority until the moment of the return of quotes above 1.4080. I will draw your attention to the upcoming speeches from the Deputy Head of the Bank of England, and then Andrew Bailey, the Head of the Bank of England. At the same time, the strengthening US dollar remains the key bearish factor for the pair. Thus, the further growth of the US currency may put significant pressure on the pair. 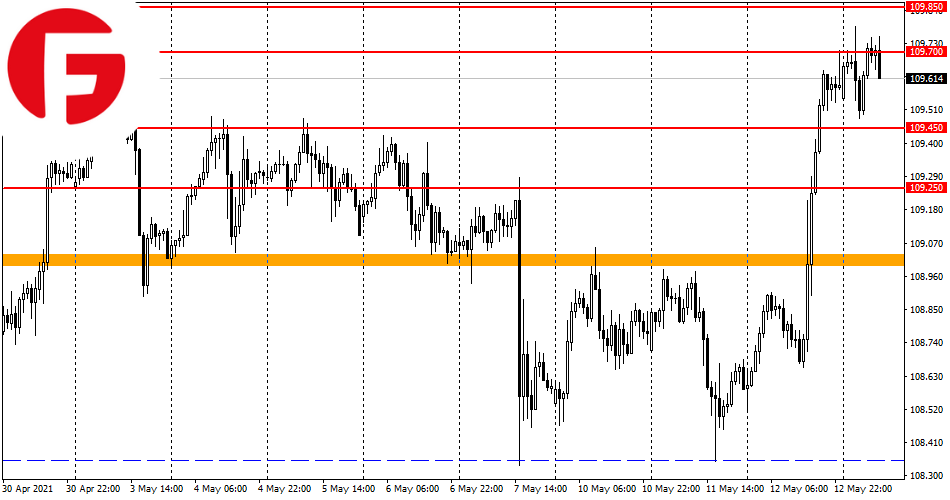 Despite the strengthening of the USD, the pair's quotes failed to stay above the resistance level of 109.70. Nevertheless, the sellers still do not show strength, thereby leaving hope for the bulls to continue to grow in the area of 109.85–110.00 – this is a fairly strong technical resistance area. To overcome it, a very strong USD is needed. the bullish scenario remains in priority until the moment of the return and fixing of quotes under 109.45.

The above overview is not a direct guide to action, but only a recommendation.